Gateway a Chance to Unlock Region

The Gascoyne is a region of enormous potential, however, this is currently being limited by a number of factors, including a distinct lack of infrastructure.

One of the key elements missing from the region is marine infrastructure, in particular there is a long-term need for a deep-water port at Exmouth.

The Gascoyne Gateway proposal aims to address this shortfall with a single jetty deep-water port near Exmouth, which has the potential to unlock a significant number of economic and environmental benefits for the region.

The proposal would see a marine facility and renewables hub established in the Exmouth Gulf, about 10km south of the town, next to an established industrial area, and well clear of the Ningaloo Marine Park.

The port is set to be the first “green” port in Australia; incorporating regenerative initiatives from its inception, instead of adding them later.

Gascoyne Gateway is planning to implement a raft of environmental measures which will benefit the local community and tourists who visit the region for its natural beauty.

These measures include regulating marine traffic and anchoring in the gulf to protect the marine environment, carrying out seabed regeneration and introducing a range of carbon offset measures.

The local community will also benefit from Gascoyne Gateway’s commitment to renewables, with a solar-powered desalination plant expected to provide drinking water for Exmouth, taking the pressure off the town’s aquifers while also making available the opportunity to potentially support Exmouth’s totally renewable power solution.

But the benefits will extend beyond the environment. According to a report Gascoyne Gateway commissioned through economic advisory firm Acil Allen, reaching and accessing markets with greater efficiencies due to unconstrained use of a deep-water facility will realise almost $1 billion in gross regional product over the next 25 years.

For a start, it’s expected 400 jobs will be created during construction, with 70 full-time positions within the facility once operational, including administration, maintenance, operations, grounds and office services.

In addition, Gascoyne Gateway has made a firm commitment to support regional businesses through its local procurement policy.

The policy aims to build capability and capacity across the local supply chain and will focus on building relationships and partnerships with local businesses.

Another 130 full-time jobs have been identified due to the supporting business activity of the port.

These will include electricians, plumbers, marine and land transport workers, and safety and traffic management workers.

At various times, the project will also require consultants including surveyors, geotechnical and site attendants.

These opportunities will be multi-generational, offering new career pathways within the Exmouth community and the wider Gascoyne region year-round rather than on a seasonal tourism basis.

The Gascoyne Gateway project represents an opportunity to bring lasting, positive change to the region and assist it to unlock its potential. 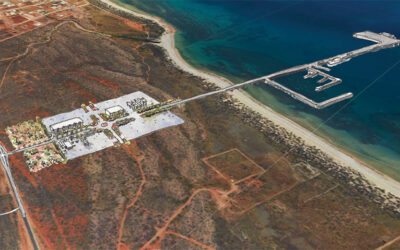 Gascoyne Gateway Limited (GGL) has welcomed the opportunity to put the environmental credentials of its proposed single jetty deep-water port to the ultimate test. The Environmental Protection Authority (EPA) has announced that the Gascoyne Gateway port proposal would... 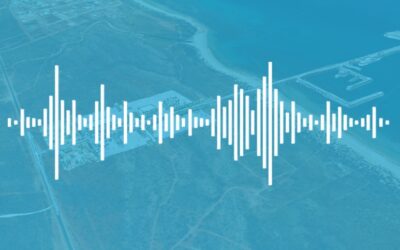 Interview on the Integrated Infrastructure Podcast

Gascoyne Gateway's co-founder and Managing Director, Michael Edwards, was interviewed recently on the Integrated Infrastructure podcast, which is dedicated to bringing news and views from industry leaders involved in the development, design, construction and...