Proposing any kind of development for the Exmouth Gulf was never going to be welcomed by environmentalists, and that’s fine. But not all developments are the same.

And the misleading, anti-development advertising campaign launched by Protect Ningaloo recently fails to recognise this.

Gascoyne Gateway is proposing Australia’s first green port and renewables hub, which is being designed to protect and regenerate the local environment and tackle climate change head-on.

The project will provide proper regulation for the hundreds of ships that already visit the Gulf, currently dropping anchor wherever they like, scouring sea grass on the ocean floor and threatening local marine life.

Gascoyne Gateway’s primary users are likely to be defence, border force and small-to-medium size tourism vessels, as well as the importers of building materials and fuel for the region.

Our green port and renewables hub are proposed for a site next to the existing industrial precinct, over the road from the local landfill and tip site. It is far away from the southern and eastern parts of the Gulf that the Environmental Protection Authority recommend for very high protection.

But the Protect Ningaloo campaign fails to mention any of this.

Instead, it plays on the good intentions and environmental concerns of potential campaign donors, particularly on the north shore of Sydney and in the eastern suburbs of Melbourne. People who are far removed from the needs and aspirations of the local community. People who don’t have to worry about jobs for their kids or the quality of local services and infrastructure.

The Shire of Exmouth has a population target of 5,000 people to underpin new investment by the State Government in roads and other infrastructure, as well as services like health and education.

This population growth, and the improved infrastructure and services it will deliver, can’t be sustainably achieved by tourism, which is a seasonal industry that struggles to create full-time, year-round jobs.

Plus, additional mass-tourism would put additional pressure on the Ningaloo Reef and other environmental qualities, a fact recognised recently by the EPA.

For year-round jobs and population growth, Exmouth needs projects that diversify the local economy. A deepwater facility has been a strategic desire of the Shire and community for well over a decade. Our project can help deliver this.

By adding 75 full-time jobs, we’ll contribute to the sustainable population growth Exmouth needs to attract new investment, while maintaining the local lifestyle and regenerating the environment.

The disappointing thing about the Protect Ningaloo campaign is that it doesn’t outline a plan to diversify Exmouth’s economy and reduce the region’s over-reliance on tourism, or a plan to improve infrastructure and services for locals.

The campaign is also silent on a range of existing environmental impacts in the region.

For example, I would love to know Protect Ningaloo’s position on existing marine traffic in the Gulf. Do they think these ships should continue scouring the bottom of the Gulf with their anchor chains? Or do they think they should be banned?

Many locals tell us the Protect Ningaloo campaign is being driven largely by people who don’t live in Exmouth, as well as some who only spend part of the year there, people who oppose all development and who are not interested in finding common ground.

Their opposition to our green port and renewable energy hub is proof of this. 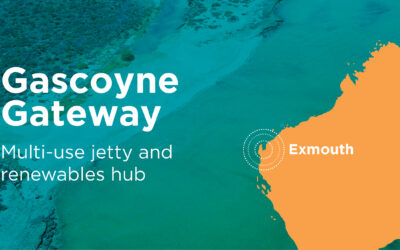 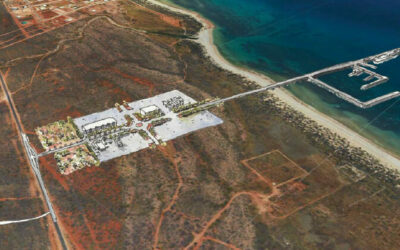 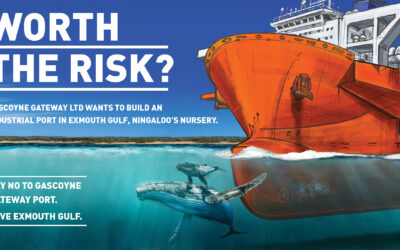 Protect Ningaloo has released a campaign today which is misleading, at best.

It neglects to mention the renewable energy hub that we will build to power our single jetty port and potentially provide clean green power to the Exmouth town.